IN FOCUS is an ongoing project with international artists, whose work refers to the Middle East from their own cultural, social, historical and political contexts.

Roel Wouters, Jonathan Puckey and Luna Maurer were approached to design a catalogue for a series of exhibitions in London in 2007.

Using Scriptographer they analyzed the text of the interviews that would be published in the catalogue and generated grids based on the use of punctuation in the questions and answers.

These grids were printed out and used as templates to draw speech bubbles, generating a direct visual visualization of how things were written in the interviews. 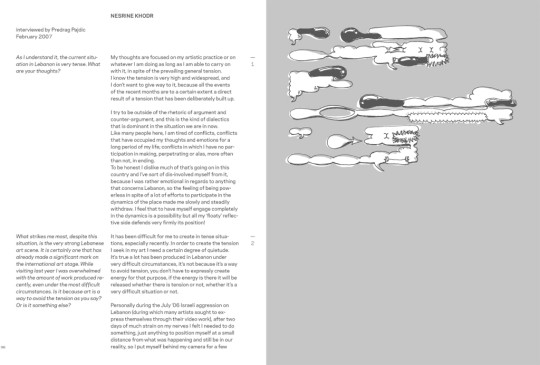 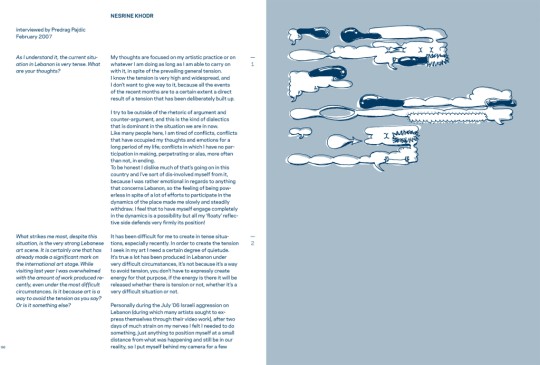 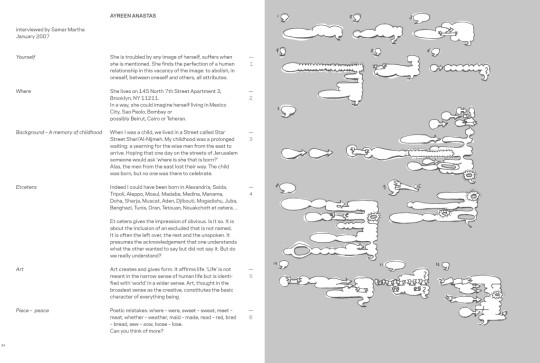 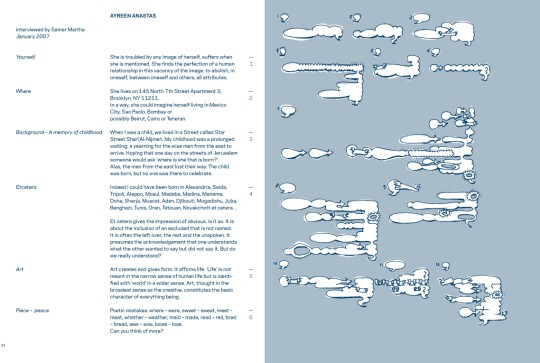 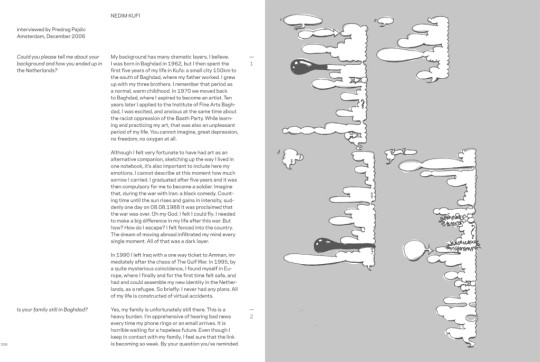 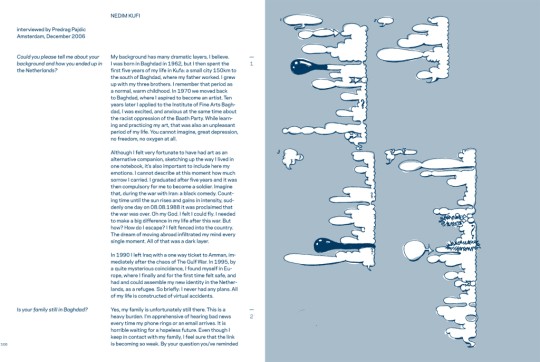