Version 2.8.055 of Scriptographer was just released, including one new feature and a row of bug fixes:

The very convenient pathItem.getIntersections(other) function was added, which returns all intersections between two path items as CurveLocation objects, whether they are open or closed, simple or compound paths. Behind the scenes, this function performs a simple form of bezier clipping. CurveLocation objects are now used in many other places as well. See the reference for further information, and bear with us while we prepare tutorials to explain their function better. This is functionality that the Pathfinder does not offer itself. In fact, none of the Adobe Illustrator tools offer this exact functionality, so we believe this should open doors to a nice new family of scripts.

As always, happy coding, and do not hesitate to get in touch if things do not work as they should or are not clear.

Hi! Thanks for the update! I only have one problem now. The TileTool does not want to work. I keep on getting this message in the console:

and the tool's panel is also not loading properly. Running OSX 10.6.2 and CS5.

Can you please point me in the right direction to fix this?
Thanks,
Jaco

I am try to reach hektor but cant.
As i understand this script work with illusrator and also we need the rita or hektor hardware. How can i get this software and hardware.

I gone to many web site about this subject cant find any email, any phone or anyother contact information.

I am new about this products.

Are there here any admin here?
I need to contact to administrators?

Version 2.8.055 for CS3 (Macintosh) does not work for me. Crashes application.
thanks anyway! 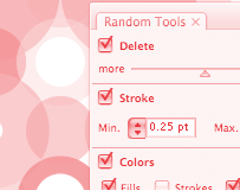 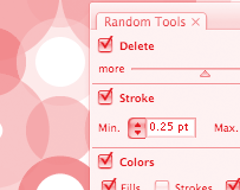