Version 2.9.070 just landed, fixing a row of nasty bugs that were introduced by the recent coordinate switch, but also adding a row of great new features, mostly related to the User Interface.

It is now possible to navigate through the Scriptographer palette using only keyboard short-cuts, increasing the hacker-friendliness of the plugin a lot. When in the list of scripts, the arrow keys navigate the tree list of folders and files in the same way as we are used to for example from OS X's Finder: Up and Down navigate to the previous / next item in the list, while Left and Right collapse and expand folders. Hitting Enter then opens the currently selected script in the script editor of choice, and Cmd-E executes the script. New scripts can be created using Shift-Alt-Cmd-E, and all running scripts can be stopped using Cmd-., even when the interface is unresponsive due to a running loop. If you forgot about these short-cuts, just hover over the buttons in the palette to see them again. 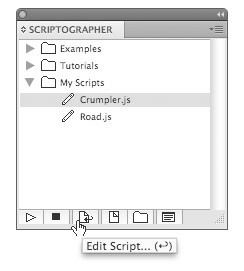 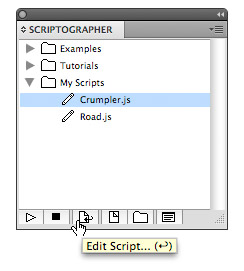 So why don't you download it straight away and play around with the new features. And if you are curious, here a mini change-log for the most important changes and bug fixes.

I just fixed the post to finally show the shortcuts in gray. Apologies if that part of the text did not make much sense so far.

DOCTYPE in References is wrong.
It must be transitional ("http://www.w3.org/TR/html4/transitional.dtd"), because in strict target attribute not exist and all frames opening in the same window. ;-(

mac version for cs5 doesn't work on my macbookpro2011 mac os x 10.6.6
It not allows to launch illustrator with scriptographer ((

for cs4 it well worked (on PC)

how i can disable "ctrl+e" hotkey?

Hi, I recently moved from XP to Win7 64bit. I got my old CS 2 running, and now I'd like to get Scriptographer working, too.
I always get an error: "Cannot load JVM at C:\Program Files (x86)\Java\jre7\bin\client\jvm.dll"
I checked, and that file exists. I did have the 64bit version of Java7 Update 1 only, but now I've got the 32bit version and even uninstalled the 64bit version. Still, doesn't change the message.
Is there an issue with Java 7? 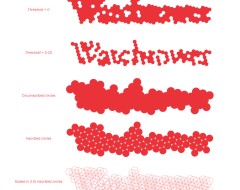 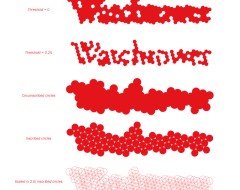