Modification for the example script Growth.

It makes a path rather than a group of paths - so it's easier to post-process
with styles.
It has more parameters - auto or specified rotation.
It can process multiple paths at once and leaves the original paths for reuse.
Makes interesting patterns with scale = 1, rotation = 360/n and maxrep = n-1 ;-)

The 'tool' version uses the same code but has added smoothing.

Enjoy. Let me know of bugs/improvements 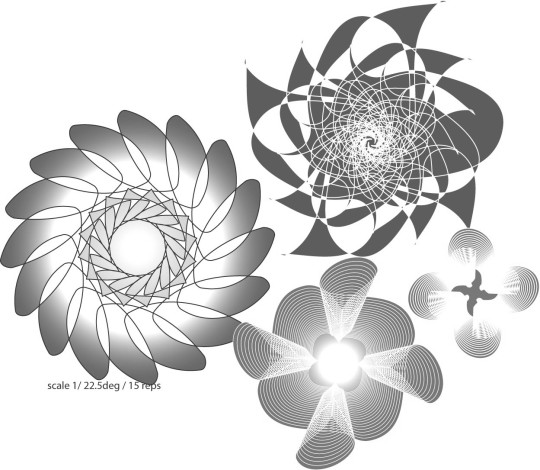 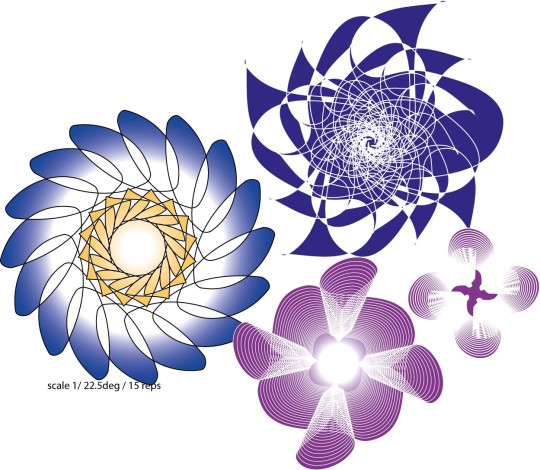