This script uses the selected paths to create a vector version of the selected raster images. It is similar to the Object Raster script from the examples, but there are some important differences:

Note that the paths are all centered on their grid squares when used in the image, so letters will NOT maintain their baselines. If anyone is able to adapt it to allow for a standard baseline I think it might be a valuable addition.

You can get particularly rich images by using negative values for the grid gutters and applying transparency and blend modes to your sample paths. Inverting the tones is useful if you want your shapes to be filled with a light colour and set on a dark background

In most of the sample images I have included my sample paths to the bottom left of the final image.

Feel free to post queries or report bugs. I’d love to hear if you find it useful.

Here is a little more info on my problem.

The script seems to be working but it just creates a vector square of black at the top left corner of the image and fails (at line 109) to do anymore? See attached image.

Is this a known issue? I cant think what is going wrong. Image is embedded, circles are compound paths, expanded... 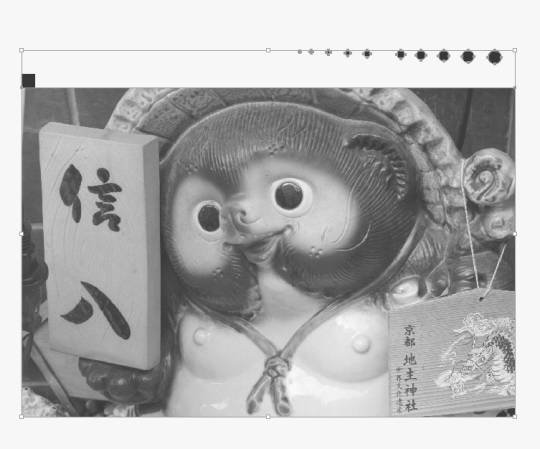 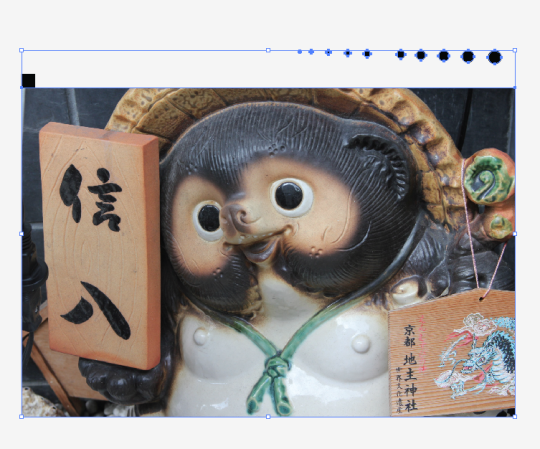 Can you supply the file that is giving you trouble?

Here is a link to the ai file. https://www.dropbox.com/s/2rfyg12uknyajiw/Abel.ai
Graham has been helping out but no success as of yet.

Very strange, Hope someone can figure this out?

Hmm. I don't get any errors in the console like you stated, but there is an issue with the script; it doesn't seem to account for paths with negative areas.

Does it work if you change line 95 from:

Do you mean change this to:

I tried that. Nothing. Still the same issue.

Any ideas? This is really frustrating. I just can't work out what the problem is.
I'm sure it's something really simple.

That was the change that I made in the last version I sent you, so other users will still have the one without the Math.abs in there.

I was hoping that would fix it. It’s difficult to see what the problem could be as it seems to be working fine for me and other users. I’ll keep looking and see what I can figure out.

Of course, other users’ input will also be welcomed.

Thanks Graham,
Could it be my version of Illustrator? or Java?

Thanks for all your help everyone. Somehow (and i don't know why) it's now working!

I was sure I had the latest version of scriptographer, but perhaps not as after a reinstall it all works fine.

Thanks for your help.

Thanx for great tool, i found it very useful!