We just posted the results of a Scriptographer workshop held at the ECAL in September / October 2009.

This is part of an ongoing effort at the ECAL to use Scriptographer for teaching programming to students of graphic design and interaction design in a way that allows them to use it as a integral part of their daily workflow, in areas where scripting makes sense.

These workshops are part of a research project conducted by Jonathan Puckey and Jürg Lehni and assisted by Florian Pittet. The project started a bit less than one year and will carry on for the whole of 2010.

Each semester there is one workshop in which new ideas for methods and approaches of teaching scripting are tested, and of which the outcome is fed back into the further work on both Scriptographer and the documentation and tutorials that we are currently preparing for it.

One of the early results is a modification of Rhino, the JavaScript engine inside Scriptographer. This modification allows vector algebra to be written in a far more intuitive way, facilitating its use as a base in a one week workshop where students have no pre-requirements in programming or vector geometry. Due to this feature, a complicated line like the following can be rewritten in far more readable way:

Other changes that stem from this project are the recently introduced simplifications in the way the Scriptographer interface works, based on observations made in an early workshop.

We believe that by continuously testing our concepts and code with students, Scriptographer will benefit more and more, both in the API and in the way its interface works.

Big thanks to the ECAL for supporting our efforts and providing brilliant students as guinea pigs ;-)

Expect more materials from other workshops to be posted on this site soon. 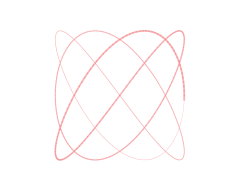 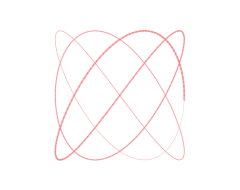