After many weeks of work, version 2.6 of Scriptographer was finally released today. This is mainly a maintenance release with many changes that should increase stability and not affect existing scripts so much.

For a detailed list of changes, please refer to the changelog.

The most obvious change for users is probably the change of folder structure in the scripts folder. We decided to introduce two root folders, Examples and My Scripts, to encourage people to separate own scripts from predefined examples. In a future release there will be a third folder called Tutorials, which will server as a base for people to learn scripting in Scriptographer, and a simple way of adding other folders in different locations as code repositories or projects, to avoid the risk of overwriting existing self written scripts when updating Scriptographer.

Speaking of tutorials, we also spent a lot of work on improving the documentation and the tutorials and this site, of which you are now only seeing the beginning. In the coming weeks we will be more and more focusing on this effort in order to remove many of the initial hurdles when learning Scriptographer.

And finally I would like to point out the new path.smooth() function which comes in very handy when trying to put a smooth curve through a group of points.

I hope you all enjoy this release.

This is awesome news!! I just read through the changelog and am absolutely delighted! Thanks to everyone involved! Can't wait to use the new version!

Apologies for everyone who tried to download anything else than the Mac CS4 version. The issues are now fixed, the downloads works as they should.

Congratulations for your work! Every new feature is fascinating.
Especially the KeyEvent feature will stir up the creativity.
(Is there any way to get the KeyEvent not to conflict with Illustrator's shortcut?)
I'll update my scripts soon. At least, I'd better hide the dialog when the tool is deselected.

The key handlers can prevent the default action from executing by returning true.

This handler here for example would turn off all Illustrator shortcuts:

So handle with care ;) 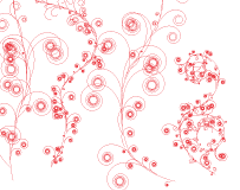 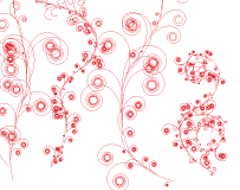